The 2022 winners of the Sloan-Menninger-Shevrin Prizes are François Ansermet and Pierre Magistretti (established researcher) and Thomas Rabeyron (emerging researcher). The 2022 prizes were possible thanks to gracious gifts from Mr Bob Berry and Mrs Aliza Shevrin.

François Ansermet, Professor Emeritus of Child and Adolescent Psychiatry at the University of Geneva and at the University of Lausanne, former Director of the Department of psychiatry, University of Geneva, former Head of the Department of Child and Adolescent Psychiatry, University Hospital of Geneva and psychoanalyst, member of the Word Association of Psychoanalysis. Pierre Magistretti is Distinguished Professor at the Division at Biological and Environmental Sciences and Engineering at KAUST, Saudi Arabia. He is also Professor Emeritus at the Brain Mind Institute at the École Polytechnique Fédérale de Lausanne (EPFL) and at the Departments of Psychiatry at Université Lausanne/Centre Hospitalo-Universitaire Vaudois (UNIL/CHUV) and at Université de Genève (UNIGE). Pierre Magistretti’s laboratory has discovered some of the cellular and molecular mechanisms that underlie the coupling between neuronal activity and energy consumption by revealing the key role that glial cells, in particular astrocytes, play in this physiological process. These findings are particularly relevant for understanding the origin of the signals detected by functional brain imaging, and are revealing a role of astrocytes in neuronal plasticity and neuroprotection. François Ansermet and Pierre Magistretti created the Agalma Foundation in Geneva (www.agalma.ch), which aims to study the links between the neurosciences and psychoanalysis, as well as links between the arts, sciences and psychoanalysis. Together they have written two books on the subject “A Chacun son Cerveau” (2004) and “Les Enigmes du Plaisir” (2010). In “Biology of Freedom” (the English translation of the first book), they defend the idea that we are biologically determined to be free: thanks to our brain plasticity our brain are highly individual or singular, and the traces which sculpt this singularity are, in their view, equivalent to the Lacanian ‘signifiers’. They have published together on psychoanalysis and neurosciences, the trace and the drives, somatic markers and desires and were proclaimed as a pair. 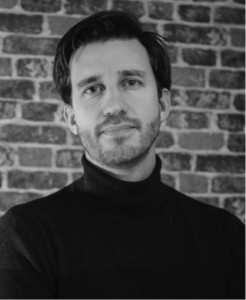 Thomas Rabeyron is a clinical psychologist and a professor of clinical psychology and psychopathology at the university of Lorraine (Nancy), Director of the Interpsy Lab, and an Honorary Research Fellow at the University of Edinburgh. In 2009 he co-founded the Center for Information, Research and Counseling for Exceptional Experiences (CIRCEE), of which he is director of the counseling service. His research focuses on the clinic aspects of exceptional experiences, neuropsychoanalysis and the evaluation of psychoanalytic psychotherapies. Laureate of the Institut Universitaire de France as a junior member in 2021, he has published over sixty scientific papers and two books about clinical psychology (Psychologie clinique et Psychopathologie, Armand Colin, 2018) and exceptional experiences (Clinique des expériences Exceptionnelles, Dunod, 2020). In the domain of neuropsychoanalysis he proposes a parallel between the free energy concept and the Freudian death drive, and considers that failures of reducing free energy at different levels correspond with different forms of psychopathology.