Department of Psychology and Cognitive Sciences, University of Trento, Italy
Shame on you! Neuropsychological mechanisms of the interpersonal dynamic regulation of shame

Scholars attribute the roots of the study of emotion regulation (ER) to Freud’s early psychoanalytic theorizing about psychological defenses used by individuals to avoid anxiety-generating impulses and emotions. However, the experimental field of ER largely ignored psychoanalytic hypotheses and methods. Experiments on ER typically study non-social emotions (e.g. observation of disgusting or scary objects), and use individual cognitive-attentive strategies, whereas psychoanalytic approaches emphasize the focus on social emotions, and the use of interpersonal dyadic strategies to process clients’ emotional problems. The aim of this project is to fill this gap between psychoanalysis and experimental ER, testing interpersonal dyadic strategies to regulate social emotions in a laboratory setting. Of all the social emotions, shame has always been recognized since Freud as an important emotion for normal and abnormal development, although largely underestimated in the ER field. On one side, shame has a great importance for regulating the self and build a moral conscience, on the other, the dysregulation of shame has been linked tosevere psychiatric disorders. In the present project I aim at studying for the first time, the interpersonal generation and regulation of shame, its psychological mechanisms, and neural bases (by using functional Magnetic Resonance Imaging). An original paradigm will be proposed, the Shame Game, in which the emotion of shame will be elicited and interpersonally regulated. I will be testing a dynamic interpersonal regulatory strategy named mentalizing, rather than cognitive-attentive strategies as typically used in the field of ER. This strategy is interpersonal in nature and derived from psychoanalysis. Notably, I will test its effect in terms of both ER, and in terms of modification of the perception of others with whom I am interacting, an hypothesis put forward by both object relations and attachment fields, but never experimentally tested. 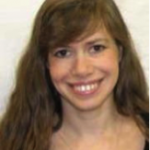 Interpersonal relationships are vitally important for human well-being, and early relationships with caregivers play a crucial role in development. These ideas are central to psychoanalytic theory. Further, psychoanalytic treatment is an intrinsically interpersonal process: establishment of a safe interpersonal environment and a close focus on the interpersonal dynamics during treatment have a tremendous therapeutic value. Though clinical and neuroscience studies have demonstrated support for these hypotheses, and the detrimental effects of compromised early experiences on development, the exact neural mechanisms underlying these phenomena are still largely unknown.

This novel neuropsychoanalytic approach has not yet been applied to clinical populations. We now will to use this method to study fMRI data of participants who are at high or low risk for depression. We will examine the effect of early relationships with caregivers on neural activity underlying interpersonal emotions. In addition, we will study the association of this neural activity with risk for depression and resilience to developing depression in spite of familial risk.

This study will contribute to our knowledge regarding fundamental neuropsychoanalytic constructs and to more specific insights into depression. By identifying a psychoanalytically relevant biomarker, our findings can also lead to the neurobiological substantiation of the effectiveness of psychoanalytic treatments. 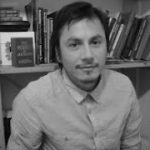 .
Emotion regulation (ER) is a core idea in psychoanalysis, often associated to the Ego, since it is this mental agency that manages defenses against instincts. More specifically, it has been suggested that thinking has a key role on these regulatory efforts, since thinking acts as a buffer between drives and actions. The neuropsychological basis of the ego and the thinking apparatus has been an historical topic of research for neuropsychoanalysis. This line of investigation has offered important knowledge on how lesions to discrete cortical areas collapse ego integrity.

Today, there is an emergent literature suggesting that individuals with left PFC lesions present difficulties using inner speech, or the ability to talk to ourselves silently in our heads. Inner speech is classically associated to ego functions, such as reflexive awareness and self-regulation. In consequence, it seems reasonable to expect that individuals with inner speech impairment after left PFC lesions would present changes on ego integrity and their ability to use thinking as a source of self-regulation. This emergent literature, however, disagrees with existing neuropsychoanalytic views (Kaplan-Solms & Solms, 2002), which suggest that damage to the left PFC (involving Broca’s area) does not generate changes in personality or the ego. The main goal of this research project is to address this debate and explore whether impairment of inner speech, after left PFC damage, is related to changes in the ego’s regulatory abilities.

This study is novel in that it addressed several limitations of the existing literature – especially (1) that studies have lacked industry-standard tools to measure inner speech and emotion regulation and also (2) issues of sample size (which have been of the single case report variety). Clinically, this study is relevant in that it will inform the design of neuropsychological interventions. In addition, this study will advance our understanding of the neural basis of psychotherapy, by offering insight on the neural architecture of a key psychoanalytic construct.

This study will use a mixed methods approach, combining group behavioural studies and case studies: a) Group Study: Individuals with focal lesions to the left PFC [n = 15] will be compared to healthy controls [n= 15] on measures of inner speech and ER; b) Case Studies: Two individual with marked inner speech impairment will be selected from the group study. Emotional and personality change will be assessed comprehensively and in-depth interviews will be used to capture the subjective experience of impaired inner speech; c) Neuropsychoanalytic Case Study. A psychoanalytic process [weekly sessions across 5 years] of a subject with inner speech impairment after left PFC damage will be reconstructed. Clinical notes and extensive neuropsychological and emotional assessment will be used. 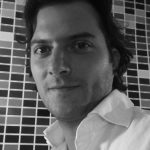 University of London
Identification in Embodiment: From Within and From the Outside

This study investigates a fundamental question of human nature: what is the body, not as a physical entity, but as a psychic representation for me and for others. Solms (2013) suggests that the internal body, equated with the id and represented in brainstem structures, gives us the self-as-subject consciousness, while the external body, equated with the ego, is represented as a non self-specific object. One of the most important functions of the ego is precisely that it can represent my (external) body as an object and identify it with the internal body. The proposed project will empirically test whether signals originating from within and from the outside body are cortically interacting to jointly produce self-specificity, by drawing on the free-energy principle, a recent attempt at a unifying theory of the brain. Using electroencephalography during perception of one’s external body or that of others, this project aims at highlighting some of the neurophysiological processes that underpin the process of identification with one’s body or with others, processes that are at the core of current neuropsychoanalytic research on the embodied mind.

People with counter-phobia tend to approach the things that they are afraid of, indicating an unconscious wish to master the fear. This study exposes counter-phobic people to images of their feared object subliminally during neuroimaging, illuminating brain circuits involved with conscious and unconscious fear, as well as the wish to get over the fear. Using a novel experimental approach derived from a psychoanalytically-based hypothesis, patients are predicted to become less phobic.

University of Hertfordshire, UK
How the Brain Protects the Mind: The Neurocognitive Basis of Repression

Neuroscience has documented the brain activity associated with purposefully trying not to think about something. This study looks at repression – unconsciously forgetting or suppressing – which is a cornerstone of psychoanalytic theory. Using behavioural experiments fMRI to observe normal subjects and patients with brain damage after getting with submliminal instructison to forget, this study can illuminate the brain circuits involved with unconsciously forgetting.

University of Freiburg, Germany
Does the Neurohormone Oxytocin Modulate Self-Other Boundary Permeability and a Confident Sense of Self?

Dubbed the “love hormone,” oxytocin has been said to influence our instinctive behavior affecting everything from mother/infant bonding to our interpersonal relationships – even orgasm. Using questionnaires, fMRI scans and observational tests, Valentina Colonnello aims to find out how oxytocin affects our sense of selves and whether this hormone could even play a part in boosting self-esteem. 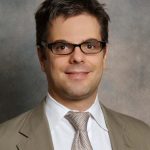 Patients with borderline personality disorder are extremely sensitive to social rejection, and sometimes self-inflict physical pain as a way of managing emotional pain. This study looks at the brain mechanisms of emotional and physical pain in borderline patients, to further understand how the therapy relationship may help patients tolerate the ups and downs of relationships in a healthier way. 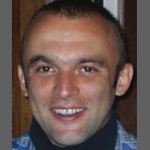 Adolescents are developing the capacity to inhibit their impulses and tolerate negative feelings, and are also vulnerable to depression. This study measures EEG signals that may correlate with the ability to regulate feelings and behaviors, as well as with self-image, which may possibly indicate vulnerability to depression, as an aid to prevention and improved treatment. 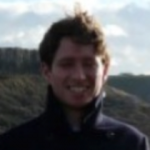 .
Surprising as it may seem, research on hallucinogens is starting to be respectable in science! Looking at brain activity during altered states can help us understand the brain mechanisms of our unconscious minds, where impulses rule and logic does not apply. Part of psychosis and other mental illnesses is poorly controlled thinking, and understanding the circuits involved may improve treatment. 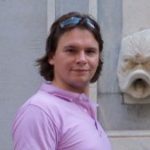 When people have brain injuries, their conception of themselves, and their experience of the world, can be profoundly changed. The people who love them are also affected. This study looks at how communication with significant others changes after brain injury and their partners deal with the aftermath of these tragedies.

.
Children, like adults, also can show denial for being disabled. This study investigates whether bringing a psychoanlaytic understanding can help treat these children more effectively, and bring greater clarity to the brain processes that contribute to the condition. 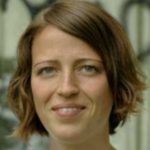 This study looks into Freud’s distinction between primary and secondary process by investigating the content of dreams after being presented with subliminal images that can be responded to in different ways. By assessing different patterns of brain activity during sleep, this study contributes to assessing whether Freud’s ideas about these different modes of thinking can be verified objectively. 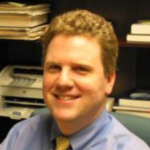 Psychoanalysts believe that the way we react to people in our current lives is affected by “templates” formed in our childhood. Can we see activity in the brain that correlates with this phenomenon?

Investigation of Implicit Emotional Biases in Anosognosia for Hemiplegia

After strokes, people who are paralyzed often do not recognize their disability. Neurologists have long been mystified by this condition. Traditionally, this has been understood as a result of perceptual problems caused by the brain damage, but recent psychoanalytical perspectives suggest that there is a denial process in play. Bringing a psychoanalytic perspective may help us understand this condition better, and therefore treat it more successfully – as well as understanding the brain processes involved with denial in general. 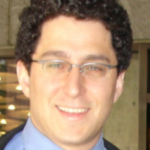 The Function of Sadness and Grief: A Functional MRI Study
.

.
.
Grieving allows us to detach from someone we have loved, but have lost. What changes in the brain during this process? This study looked at patterns of brain activity in people who recently lost a pet, to help us understand how sadness facilitates grieving and healing.