Empathy, psychopathy, and the development of aggression

Dialogues on Aggression
This online series, hosted by the Neuropsychoanalysis Association, convenes experts from a number of disciplines – evolutionary biology, neuroscience, psychodynamic psychiatry, developmental psychology, sociology and criminology, for a fascinating exploration of this timely topic. Aggression is a fundamental human impulse, and violence an extreme manifestation of it. While aggression is an enduring and universal phenomenon, it has taken different forms throughout history, and in different cultural and societal contexts. The unique challenges we face in the 21st century require more community and global collaboration than ever before. And yet, the stability and harmony of families, communities, and society at large are dangerously undermined by the rise of interpersonal violence, mass shootings, xenophobia, and radicalization.

Registration is now closed for this event.

Empathy, psychopathy, and the development of aggression 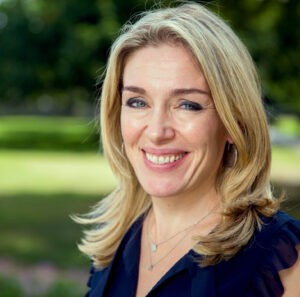 Psychopathy is a common and serious mental disorder that reflects a callous, uncaring, and disinhibited personality that significantly increases the risk for aggression across the lifespan. What are the fundamental neural and cognitive mechanisms affected by psychopathy, and how do they raise the risk of aggression? This talk will focus on empathic deficits in psychopathy in particular. The neural basis for empathy is well-understood, and suggests that empathy should be termed the “empathies,” as distinct neural mechanisms support distinct forms of empathy. Accumulating evidence suggests fundamental empathic impairments in psychopathy for specific affective states, including pain, amusement, and fear. These impairments appear to reflect both reduced proclivity to empathize with others, as well as a fundamental inability to empathize with states that psychopathic individuals do not experience strongly, such as fear. I will present evidence from my laboratory’s research on psychopathy to illustrate the types of empathic impairments we have identified, their neural basis, and evidence that impairments in empathizing with others’ fear in particular underpin the elevated risk of aggression and other moral transgressions in psychopathy.

Abigail Marsh is a Professor of Psychology, Neuroscience, and Cognitive Science at Georgetown University and is the President of the Social & Affective Neuroscience Society. She received her Ph.D. from Harvard University and conducted post-doctoral research at the National Institute of Mental Health.

Her research is aimed at answering the questions: How do we understand what others think and feel? What drives us to help other people? What prevents us from harming them? She addresses these questions using functional and structural brain imaging in adolescents and adults, as well as behavioral, cognitive, genetic, and pharmacological techniques. She is the author of over 70 publications in journals that include Proceedings of the National Academy of Sciences, Nature Human Behavior, American Journal of Psychiatry, and JAMA Psychiatry, as well as a trade book about her research on the brain basis of empathy and compassion called THE FEAR FACTOR (2017, Hachette).

She has presented her work in a 2016 TED talk and has received awards that include the Cozzarelli Prize for scientific excellence and originality from the Proceedings of the National Academy of Sciences, The S&R Kuno Award for Applied Science for the Social Good, and the Richard J. Wyatt Fellowship award for translational research from the NIMH.