Challenges and Opportunities for Psychoanalytic Research and Practice 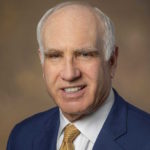 Registration is now closed
to facilitate receipt of Zoom details

In a recent review article and book, my colleagues and I proposed that therapeutic change in a variety of modalities results from updating prior memories through a process of reconsolidation that incorporates new emotional experiences. The proposed essential ingredients of therapeutic change include: 1) reactivating old memories and the associated painful emotions; 2) engaging in new emotional experiences that are incorporated into these reactivated memories via the process of reconsolidation; and 3) reinforcing the changes in memory by practicing new ways of behaving and experiencing the world in a variety of contexts. This theory and its empirical foundation will be reviewed. The idea will be advanced that psychoanalysis offers a unique approach to the treatment of early childhood trauma by providing a variant of the corrective emotional experience called the “corrective emotional relationship.” Although memory reconsolidation is an established phenomenon for episodic (event) memories, very little is known about reconsolidation of schematic memories, which are the type of semantic memory (generalizable knowledge) most relevant to psychoanalysis. An advantage of this brain-based perspective, however, is that it provides guidance for basic and clinical research. Highlights of this research agenda will be reviewed. Since the actual reconsolidation of emotional memories is accomplished during sleep, particularly during REM (rapid eye movement) when most dreams occur, an intriguing implication is that dreams may provide a marker of memory reconsolidation and thus an index of treatment outcome. New research being planned on this topic will be discussed. 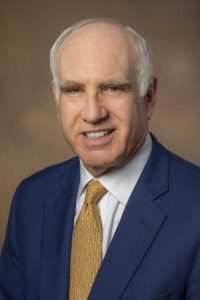 Richard D. Lane, M.D., Ph.D. is Professor of Psychiatry, Psychology and Neuroscience at the University of Arizona. A clinical psychiatrist and psychodynamic psychotherapist with a Ph.D. in Experimental Psychology (systems neuroscience and emotion research), he was one of the first researchers to perform functional brain imaging studies of emotion in the 1990s and continues studies on emotion, emotional awareness and neurovisceral integration to the present using fMRI. His research on emotion, the brain and heart disease has been funded by a variety of sources including K and several RO1 grants from NIH. He is the author of 185 papers and book chapters and is senior editor of two books. As an educator he served as director of the psychotherapy curriculum for psychiatric residents at the University of Arizona for over two decades and has received seven awards for teaching and mentoring. He was President of the American Psychosomatic Society in 2005-6, elected member of the American College of Neuropsychopharmacology, Distinguished Life Fellow of the American Psychiatric Association and elected Honorary Fellow of the American College of Psychoanalysts.

Guiding themes in his research and scholarship have been the importance of integrating systems neuroscience with psychological conceptualizations and the need to bridge basic science and clinical application. These themes have driven his work on emotional awareness and alexithymia, the role of emotion in mind-body interactions including susceptibility to sudden cardiac death and the mechanisms by which memory and emotion interact to make enduring change in psychotherapy possible.