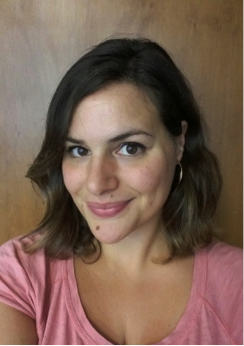 Department of Clinical, Educational and Health Psychology, University College London, UK
Comfortable in our Own Skin: Oxytocin and Affective touch in Anorexia Nervosa

Recent studies suggest that primary sensorimotor signals, including both interoceptive (signals originating from within the organism) and exteroceptive (classic sensory systems) signals about the body, are integrated at different levels of the neurocognitive hierarchy to form distinct dimensions of the bodily self, including the sense of ‘body ownership’ and ‘body image’ (Gallagher, 2000; Blanke et al., 2015). Interestingly, while the issue of ‘body image’ (Schilder, 1935) as well as the clinical study of ‘eating disorders’ more generally has been of great interest in psychoanalysis, the role of touch in the development of the bodily self has been somehow neglected.

Clinical and developmental studies suggest that touch-based interventions such as massage and ‘skin-to-skin’ contact can have positive psychological and physical effects in preterm infants and children (Field et al., 2014 for a review) and in adult illness, such as Anorexia Nervosa (AN, Hart et al., 2001). AN is associated with both reduced pleasantness during affective tactile interactions (Crucianelli et al., 2016), and diminished release of oxytocin (Kaye, 1996). Therefore, it could be hypothesized that disturbances in the oxytocin system may also play a role in body representation disturbances, including interoceptive and emotional aspects (e.g. bodily pleasure, sense of body ownership) and exteroceptive components (e.g. body image).

Accordingly, the proposed study aims to examine the role of CT-optimal touch on body representations in healthy volunteers and patients with AN, as well as the potentially mediating role of the oxytocin system. In accordance with some early, yet somewhat neglected theories in psychoanalysis (Schilder, 1935; Winnicot, 1972; Stern, 1985; Anzieu, 1989), such studies are able to provide empirical confirmation to the idea that the boundaries of our self are built upon caring, embodied interactions with our primary caregivers, the absence of which can lead to life-long struggles in feeling comfortable and confident within one’s own skin.