Dialogues on Aggression
This online series, hosted by the Neuropsychoanalysis Association, convenes experts from a number of disciplines – evolutionary biology, neuroscience, psychodynamic psychiatry, developmental psychology, sociology and criminology, for a fascinating exploration of this timely topic. Aggression is a fundamental human impulse, and violence an extreme manifestation of it. While aggression is an enduring and universal phenomenon, it has taken different forms throughout history, and in different cultural and societal contexts. The unique challenges we face in the 21st century require more community and global collaboration than ever before. And yet, the stability and harmony of families, communities, and society at large are dangerously undermined by the rise of interpersonal violence, mass shootings, xenophobia, and radicalization.

Registration is now closed – see you at a future event! 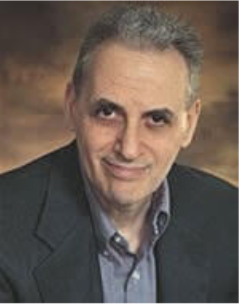 I present a method for studying the language of political leaders to reveal the unconscious fantasies that generate destructive forms of societal behavior like war and genocide. I focus on Hitler, who conceived Germany as a body politic consisting of the German people as cells of this body. Jews were pathogenic organisms—source of a “disease within the body of the people”. Hitler claimed that Germany possessed an immune system that automatically destroyed alien or not-self cells. Jews were conceived as bacteria, virus and parasites—cells whose continued presence within the German organism would lead to its death. The Final Solution was as a struggle to destroy Jewish pathogens, thus to save the life of the German nation. I examine the case of Donald Trump, who similarly asserted that the presence of a certain class of people within the body politic would lead to national destruction. Trump identified “Mexican rapists” as the primal danger, requiring construction of a “wall” to prevent these alien cells from entering the body politic. Why have psychiatrists not developed a concept of collective psychopathology? Over 200 million people died in the 20th century as a result of war and genocide. One would imagine that psychiatrists and psychoanalysts would enter the arena to explore the causes and meanings of collective forms of violence and mass-destruction. There is profound resistance toward exploring pathological behavior that is “normative”. This resistance perhaps stems from our attachment to countries as sacred objects. Political mass-murder is undertaken by nations. We seem unable to face the reality that the most extreme forms of violence are performed in the name of a beloved object. If we wish to “awaken from the nightmare of history”—we need to go where human beings have not gone before by exploring the relationship between violence and love. Why are the most self-destructive forms of human behavior undertaken in the name of mother-countries?

Bio
Richard Koenigsberg, Ph.D., is a psychologist and historian, leading authority on Hitler, Nazism and the First World War. Hitler’s Ideology: A Study in Psychoanalytic Society was hailed as an “instant classic” and the “best critical analysis in English of Hitler’s thought”. His psychoanalytic study, Symbiosis and Separation, was praised by Janine Chasseguet-Smirgel, Francis Tustin and Thomas Ogden. His influential, Nations have the Right to Kill: Hitler, the Holocaust and War reveals a sacrificial dynamic at the heart of warfare. Widely reviewed, commentary and reflections appear here. He is Founder and Director of LIBRARY OF SOCIAL SCIENCE, a scholarly publishing and marketing firm. The renowned Ideologies of War, Genocide and Terror Website features publications by the most prominent scholars on these topics. His papers have appeared in The American Imago, The Psychoanalytic Review, and Journal for the Psychoanalysis of Culture and Society. His online publications are here. He has lectured widely throughout the United States and Canada, often Keynote Speaker at conferences. He presented a Workshop at the Church Center of the United Nations at the invitation of Ambassador Anthony DeLuca. Presently, his ideas reach the world through The Library of Social Science Newsletter. A long-time reader—head of a Scholarly Press—wrote to Koenigsberg saying he is “one of the most important thinkers in the world today” and invited him to publish in book form. For now, Koenigsberg is focusing on digital publication, reaching more readers in a single day—than the typical journal article or scholarly book reaches in its lifetime.

Want to join the Society? Or not sure you are a member? Click here.